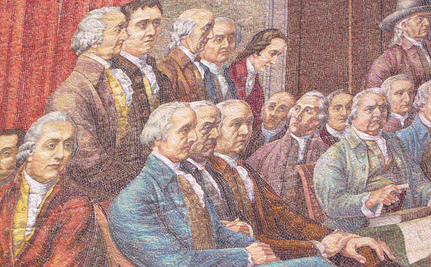 Written by Jonathan D. Moreno, a senior fellow at the Center for American Progress

A few days ago The New York Times reported that new organizations are sprouting up “to encourage scientists and engineers to speak out in public debates and even run for public office.” There are many good reasons for science to be put on the front burner of our public agenda. More than fifty percent of our economic growth since World War II is attributable to science and technology; this is the best investment our country has made. And our scientists and engineers are the best possible advocates for reinvestment in innovation, especially considering the state of our economy.

But the very fact that American scientists feel the need to aggressively advocate for science conceal a bitter irony that the Times article failed to note: We once had a group of brilliant, influential and politically engaged leaders who were fascinated by science, wanted the country to be the world leader in the pursuit of new knowledge about the natural world, and in some cases even made original contributions.

They were called the founding fathers.

Consider, for example, Benjamin Franklin, after whom one political action group, Ben Franklin’s list, is named. One can draw a line of descent from Isaac Newton, the greatest scientist of his day, to Benjamin Franklin, the greatest scientist of his (and the founder of my university). The list goes on. Thomas Jefferson (founder of my previous employer, the University of Virginia), was famously preoccupied with both astronomy through Newton and political liberalism via John Locke. As a student at King’s College, now Columbia University, Alexander Hamilton was intent on a medical career and attended all the lectures on natural philosophy that he could.

John Adams, John Hancock and James Bowdoin founded the American Academy of Arts and Sciences in Boston. Jefferson and Hamilton, otherwise bitter rivals, made complementary contributions to the innovative foundations of the new country: Jefferson through the patent statute, Hamilton by laying the foundations for history’s most successful capitalist economy. By way of the wildly popular pamphlet Common Sense Thomas Paine was not only the most effective propagandist of the American Revolution, he also closely followed current scientific breakthroughs. In The Age of Reason he declaimed on the size of the earth, the nature of the planetary system, and the scale of the universe. Paine theorized that there must be millions of worlds like ours millions of miles apart.

President Lincoln chartered the National Academy of Sciences just as the modern meanings of the words “science” and “progress” were emerging. Especially in the industrial boom times after the Civil War, moral values were seen as a key consequence of scientific progress. Historian Charles Rosenberg has observed that “[t]he vast majority of nineteenth-century Americans never doubted that human beings had progressed and that this progress — inevitably — subsumed dimensions both moral and material. It was inconceivable to them that the steam engine and morality were not somehow interconnected.” Piety, productivity and, by the end of the nineteenth century, efficiency were all within the same universe of desirable values and consequences of science and progress.

Physics, engineering and chemistry were regnant, and biology was still largely observational rather than experimental, so the great debates about evolution and the origins of life were yet to come. Partly for this reason, conservative religious beliefs were quite compatible with a cohesive moral vision through the late 19th century. Ministers and naturalists could agree on their beliefs about nature. What has changed this American sensibility?

At the turn of the last century the atmosphere shifted due to misconceptions about Darwinism, debates about creationism and, in our time, the advent of experimental biology and modern genetics, which has stimulated political controversies like those over cloning and stem cells. Modern biology has become a cultural wedge. In popular culture, movies like Rise of the Planet the Apes continue a tradition of anxiety about the power of the life sciences that began with “Frankenstein,” with scientists the true villains who, in their fits of hubris, create innocent suffering and creatures who destroy themselves and their creators.

The United States is still by far the biggest producer of new knowledge, but China and other competitors are on the rise. In the 21st century leadership in science is not optional for a nation that proposes to remain a superpower. The new experimental biology will inevitably be part of that new foundation of power and prosperity, but the long-term investments involved require a deep and broad cultural commitment, the kind we’ve had since World War II and that fulfilled the founders’ vision. As I argue in my forthcoming book The Body Politic: The Battle Over Science in America, we need to find ways to include the new biology as part of the American narrative of the 21st century.

You create your own reality